For the second time in my life, I’ve tried to cycle from London to Brighton. The first time was a decade ago and my girlfriend at the time sprained her ankle in Lewisham. She was determined, but in Croydon, she was forced to admit defeat and we turned back. I kept the map, though. 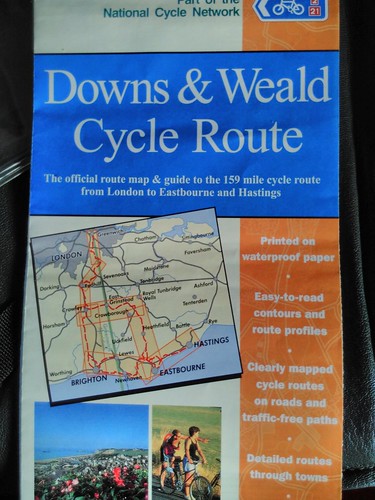 There’s a few changes. The route no longer starts at Cutty Sark. 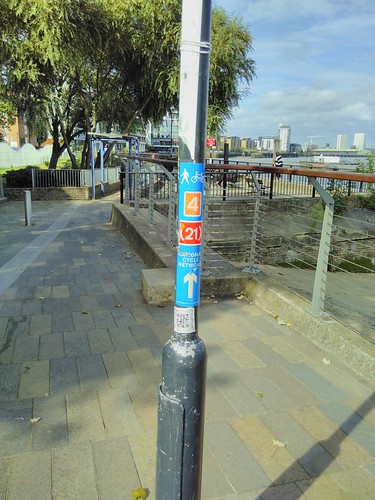 It’s a wee bit north of there now and you can’t see the start sign from following the extension of (21). 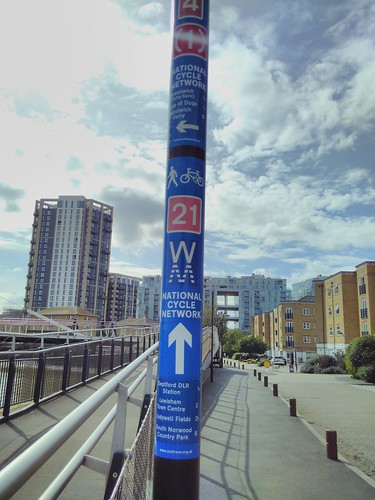 It still winds through Greenwich, obviously, but the area has changed dramatically. When I first went along the route, the area was slightly alarming. There were neglected estates with burned sofas in front of their houses and cops knocking on doors. Now there’s a lot of construction displacing a really cool looking arts sector which likely displaced the residents there previously.

I found both times that taking route 21 to Croydon is a lovely relaxed ride that manages to wend through parks and offroad or low traffic paths until it gets to Addington, which is where I stopped for lunch.

There were a lot of blue ribbons tied to things, which I don’t know anything about.

Shortly after that the route got more rural and there were unpaved sections, which, because this is England, were lined with brambles and stinging nettles. 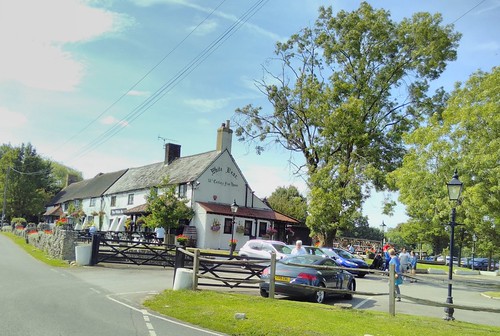 As I got into Surrey, the offroad paths got less and less well maintained. They were made up mostly of loose gravel. A lot of them has deep gulleys running through the middle, where water had drained down them. They looked like they hadn’t been maintained in quite some time. I don’t think they’re at all appropriate for touring.

The views were nice, though. 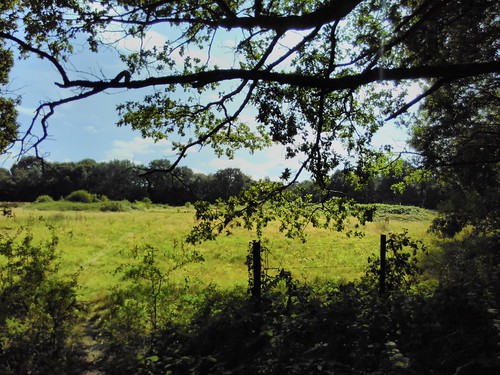 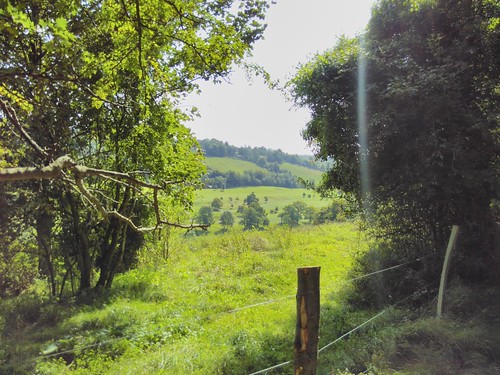 My original plan for this trip was to take my dog in a trailer and spend two days. I was persuaded instead, though to leave the dog behind and try to do it in one day.

I like to think of myself as an experienced touring cyclist, but it turns out that going slowly with a dog is quite different than going slowly without a dog. For instance, I don’t really have a good reason for my extremely glacial pace. The other is that if one is towing a dog trailer down a steep incline covered with loose rocks, there are a lot of things to worry about, but the bicycle flipping up over the handlebars is not one of them. I very nearly flipped my bicycle at least once and nearly bit it a few times. 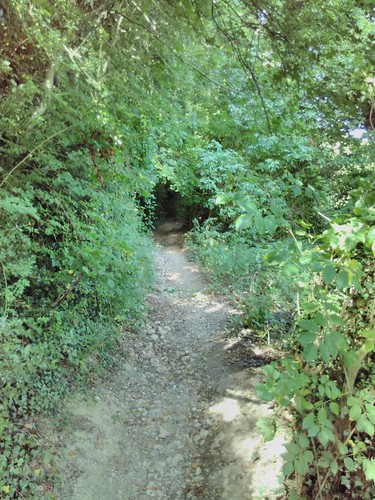 It felt like I did a lot of time walking. Also, Gravelly Hill is very well-named. 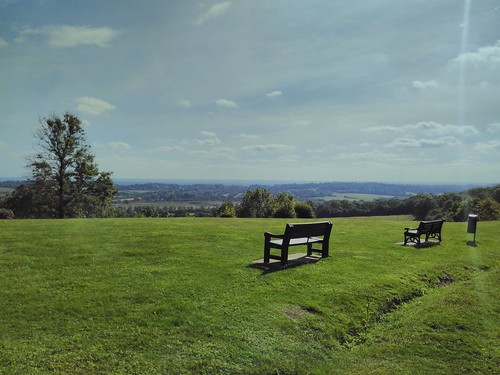 As I got to the M25, the paths improved tremendously and the views were still very nice.

I got to Red Hill, which was where I had been planning to sleep and it was already kind of late in the afternoon. I switched from the 21 to the 20 to get to Brighton. The shadows got longer. I looked at my map and saw that I had 25 miles to go and two hours until dark. The smart thing to do would have been to give up, but I pressed on until I got to a place called Hand Cross. My legs were trembling from exhaustion and twilight was falling. There’s no train station there and the infrequent buses were only going north, where I could get a train back south.

A cabbie pulled out of his driveway just a few meters away and I flagged him down to get a ride the rest of the way into Brighton. It was 40 minutes just by car.

Route 20 had been mostly been on extremely fast moving frontage roads next to the motorway. As I looked out the cab windows, I could see it continue, right in the pollution next to the road and I swear I thought I saw some section of it where it was actually on the margin of the motorway!

I went about 50 miles in all, which I’m very disappointed by. I could go the same distance normally with a dog. But, I did get almost all of the uphill and a lot less of the downhill and did get stuck walking a fair amount. The last part that I missed out on did not look like it was fun.

Indeed, I’m not sure how much any of it was fun. The on-road parts had aggressive cars coming much too close, especially around Croydon. The offroad parts were even more dangerous. I thought about who I could report the problems to, but as the UK is about to embark on economic self-destruction, there’s not much hope they’ll ever get fixed.

This is probably the last time I’m going to even bother trying to follow a national cycle route in the south east. Maybe they’re better in other parts of England or in Scotland, but the ones that set off from London seem to go to absolute shit once I get out of the sprawl.