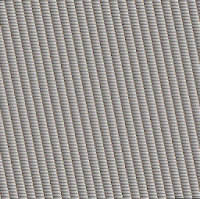 I got email asking me how to do data bending for audio. (If you want to know how to do it with images, check out Hello Catfood’s posts.) Databending means taking one kind of data and using it as another kind of data. For example, playing an image file as a sound. Or processing an audio file with an image program and then returning it to it’s audio format. This post will focus on how to open non-audio files as if they were audio.
There are two different programs I’ve used for databending. One is Sound Hack, which is free, but mac-only and the other is Audacity, which is also free and cross-platform. For mac users, I suggest running 1.2.6 instead of the beta version.

Opening data files with either Sound Hack or Audacity is easy. A data file is a file used by an application, for example a text file created by Word or Open Office or an image file or anything you might find in your Documents folder. With Sound Hack, under the File menu, select “Open Any” and pick a file. The go to the Hack menu and select “Header Change.” You can try a few different headers and listen to them until you pick one that you like. Once you’ve found a good one, go to the File menu and select “Save a Copy.” That will open a new dialog. At the top is the file name. Add a “.aiff” (without the quotes) to the end of the file name, no matter what you decide to name it. At the bottom, make sure to set the Format to “Audio IFF” and the Encoding to “16 bit linear.” I’ve found that Sound Hack does not save reliably into other formats.
To open a data file with Audacity, under the Project menu, select “Import Raw Data.” Pick the file you want to open. A dialog will pop up asking what header you want. I usually go with the default values, but you can try playing around with that. You can then modify the file with Audacity, using the Effects or whatever. When you think you’re done, first go to Preferences and then go to the File Format tab. Make sure that the format you want (Aiff, WAV, etc) is selected. Then, go to the File menu and “Export As” that file type.

You can also open applications as audio, but this is a bit weird on the mac. Go to the finder and find the application you want to open. Control-click on it. (by holding down the control key as you click). In the menu that pops up, select, “Show Package Contents” A new window should open with a folder in it called Contents. Open that folder, and you should find some stuff in it including a subfolder called MacOS. In that folder, you’ll find, probably, a file with the same name as the program. Like in Garage Band, under Contents/MacOS/ there’s a file called GarageBand and two other files, all of which may be interesting. Control-click on the file and select “Open With”. Then select “Other . . .”. A new dialog will open. In the Bottom part of the window, change the menu from “Recommended Applications” to “All Applications”. (Do NOT check the box under that!) Then find Audacity or Sound Hack, select it and click the Open button. If you use Sound Hack, you can try out different headers, by doing a Header Change under the Hack menu. Save these files is the same as described above.

I haven’t used this technique for years, but if you’re searching for examples of how it sounds, I’ve got some pieces. My supervisor, Scott Wilson, also uses this on his CD Muellmusik, in the track Photo Shopped Music. Other examples abound. You’ll find that if you do this a bit, you’ll not only be able to recognize other people doing it, but also sometimes be able to recognize what kind of file they’re using. Stochastic Synthesis also sounds quite a lot like data bending.